How We Got Here

The Baptisms of Manteo and Virginia Dare

In the late sixteenth century, Sir Walter Raleigh established three separate colonies along the northeastern coast of what is now the state of North Carolina. In July 1587, the third and final settlement, consisting of 120 men, women and children under the leadership of John White, landed on Roanoke Island, near the present-day community of Nags Head.

Manteo, a Native American of the Algonquian nation and resident of Croatoan, had become a liaison between the English and the Native Americans. On August 13 Manteo was baptized - the first recorded baptism of a Native American by the Church of England. On August 18, Governor White's daughter Eleanor and her husband Ananias Dare celebrated the birth of their first child, Virginia Dare. Virginia was baptized on August 20, as the first child born to English settlers on the North American continent and the second recorded baptism in North America in the Church of England.

O God, you have created every human being in your image and each one is precious in your sight: Grant that in remembering the baptisms of Manteo and Virginia Dare, we may grow in honoring your gift of diversity in human life; become stronger in living out our baptismal vow to respect the dignity of every human being; and bring into the fellowship of the risen Christ those who come to him in faith, baptizing them in the name of the Father, and of the Son, and of the Holy Spirit, Amen.

On May 26, 1883, the Diocese of East Carolina was created by the division of the original Diocese of North Carolina (1817) along the western boundaries of Hertford, Bertie, Martin, Pitt, Greene, Wayne, Sampson, Cumberland, and Robeson counties, the Diocese included all counties from this line eastward to the Atlantic Ocean.

In December 1883 the first convention was held at Christ Church, New Bern where the Rev'd Dr. Alfred Augustin Watson was unanimously elected the first Bishop. Bishop Watson was consecrated at St. James, Wilmington April 17, 1884, where he had served during the Civil War. A constitution and canons were adopted and ratified in 1885. The official seal was adopted in 1893 and the bishop's residence was established in Wilmington.

Following the death of Bishop Watson in 1904, the Bishop Coadjutor, Rev'd Robert Strange, became the second bishop of the Diocese. He was consecrated at St. James, Wilmington. During his years of service, the diocesan newspaper "The Mission Herald" was begun. Bishop Strange served until his death in August 1914.

October 7, 1914, the election of the third bishop of the diocese took place. The Rev'd Thomas C. Darst was consecrated January 6, 1915, at St. James, Wilmington. His episcopacy led the diocese through the First World War, the depression era (when he established the first camp and conference center known as Camp Leach), and through the Second World War, retiring in 1945.

On May 24, 1945, the fourth bishop, the Rev'd Thomas H. Wright, was elected and consecrated in October of that year at St. James, Wilmington. During his episcopacy, the camp and conference program was enlarged with the opening of Camp Oceanside at Topsail Island and a large gift of land on Bogue Banks. In 1968 Bishop Wright requested a Bishop Coadjutor.

The Rev'd Hunley Agee Elebash was elected and consecrated at St. James, Wilmington in October 1968. When Bishop Wright retired, Rev'd Elebash became the fifth Bishop of the diocese in 1973. He helped guide the diocese through the revision of the Book of Common Prayer and the ordination of women. Following open-heart surgery in 1979, Bishop Elebash called for a Bishop Coadjutor.

On June 9, 1979, The Very Rev'd B. Sidney Sanders was elected and consecrated at St. Mary's, Kinston in October. Bishop Elebash retired in August 1983, and the Very Rev'd Sanders became the sixth bishop of the Diocese of East Carolina. During his episcopacy, the new camp and conference center, called Trinity Center, was opened in 1986 on the Bogue Banks property. Bishop Sanders asked for a Bishop Coadjutor in 1995.

The Rev. Canon Clifton Daniel 3rd was elected and consecrated at Christ Church, New Bern in 1996. A year later, Bishop Sanders died and the Rev. Canon Daniel became the seventh Bishop of the diocese. Born and raised in this diocese, Bishop Daniel has patiently and firmly led the diocese into the 21st century. In August 2008 he celebrated the 125th anniversary of the diocese with a service at the Lost Colony site on Manteo, acknowledging the baptisms of Manteo and Virginia Dare as the beginning of the Anglican Episcopal Church in the new world. In 2009, Bishop Daniel requested that Bishop Santosh Marray become his Bishop Assisting. Bishop Marray has served the church in Guyana, the Bahamas, Jacksonville, Florida, and the Seychelles, where he was consecrated Bishop in 2005.

On March 9, 2013, The Rt. Rev. Peter James Lee was elected as Bishop Provisional at St. Paul's Church in Greenville. He remained in the diocese until November 2014, when he accepted a call to Christ Church in Washington DC.

On May 17, 2014, The Rev. Robert Skirving was elected Bishop-elect at Christ Church, New Bern. On November 8, 2014, the Rev'd Skirving was consecrated as the 8th Bishop of the Diocese of East Carolina.

Share this page: How We Got Here
LeRae Umfleet
Historiographer 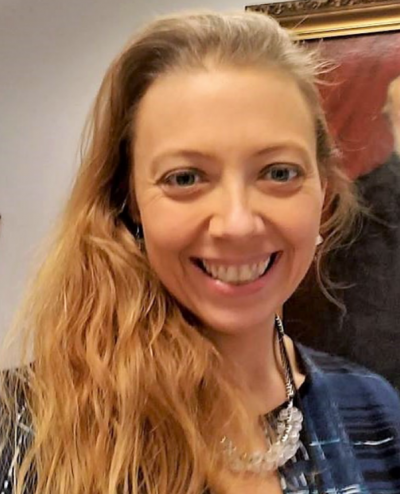